10 Things To Do At The Port Vell Barcelona

Port Vell is a waterfront harbor in Barcelona, located at the end of Barcelona’s Las Ramblas. It presents a different face of the City of Barcelona than the mountain and beach. Upon entering the Port, you will see some spectacular yachts and amazing panoramic views. Port Vell is full of energy all year round, and offers several options for activities, restaurants, and resting areas.

Port Vell was part of an urban renewal program. This program’s main goal was to transform the Old Port area into a multifunctional land: hotels, offices, culture, tourism, sport, and leisure. The Port Authority manages Port Vell. It is an independent organization governed by the guidelines issued by the central government. Thanks to their good relationships with stakeholders the renewal program was made possible.

Some of the significant transformations were:

10 Things to Do at The Port Vell Barcelona 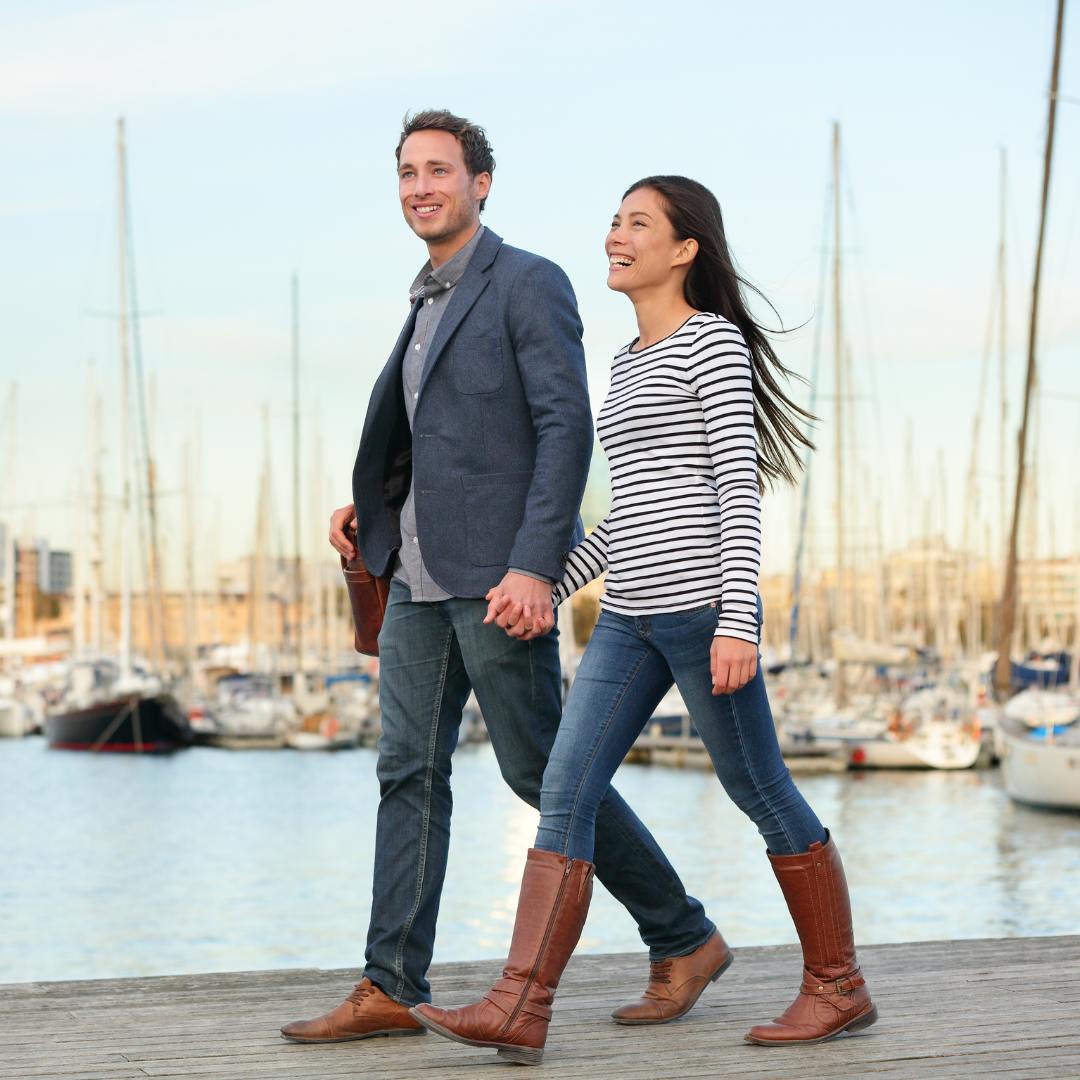 A walk in Port Vell can begin at Las Ramblas and go down to the sea area. Beautiful scenery and vibrant energy will surround you; it is a relatively large and spacious area to walk around.

The Port incorporates a swing bridge that allows ships to enter and exit the harbor. It is a cool scene for kids to witness; it opens every 30 minutes. 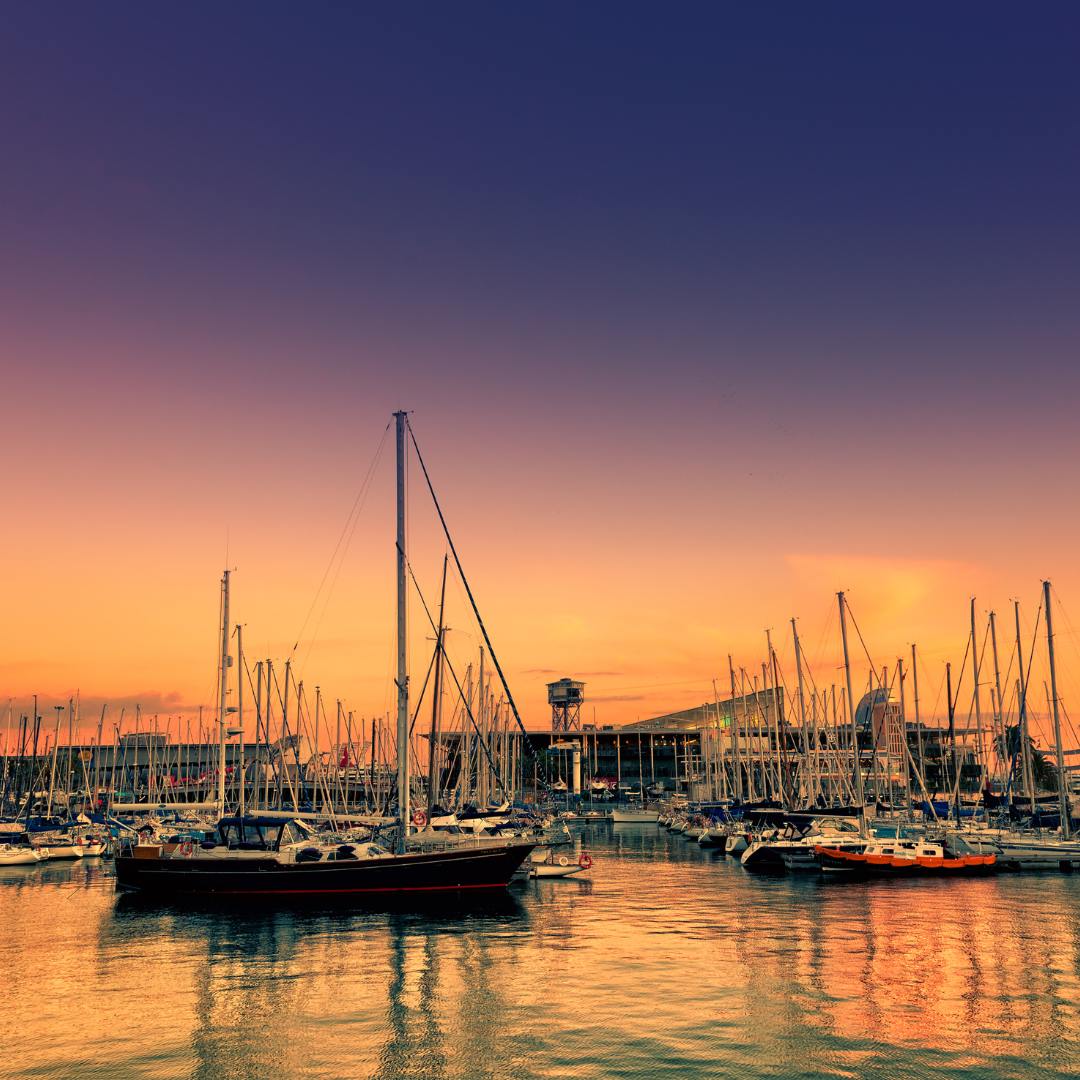 Port Vell is definitely one of the best and easiest places to admire the sunset in Barcelona. We prefer visiting Port Vell at dusk.

There are multiple benches available on which you can relax and enjoy the panoramic view with a fresh breeze from the marina. There’s nothing better than watching a sunset and spending quality time with people you love. 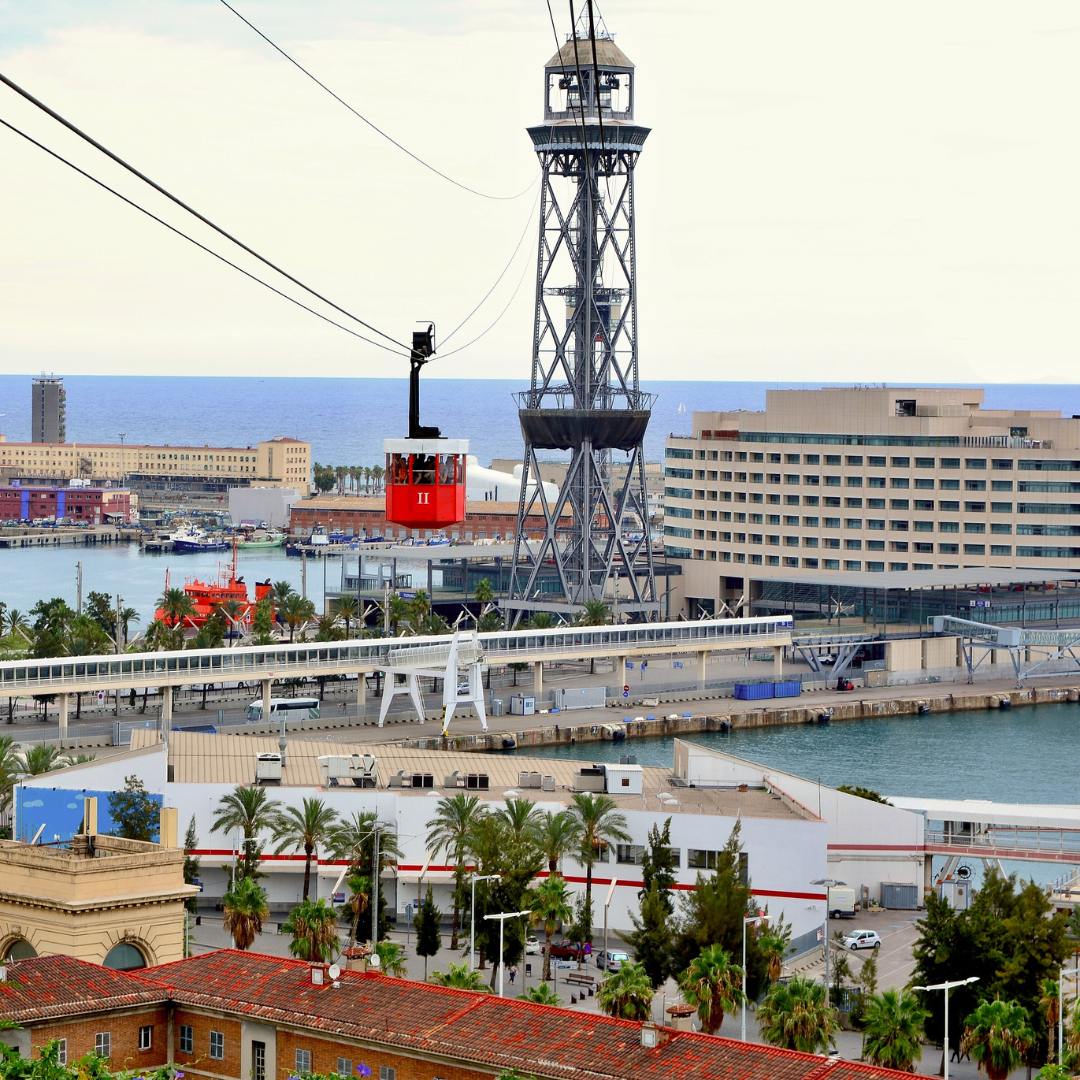 Cable cars at Port Vell will take you up to Montjuic Castle at the top of Montjuic Park. it is another way of getting a bird’s eye view of Barcelona. It feels like flying over the City. 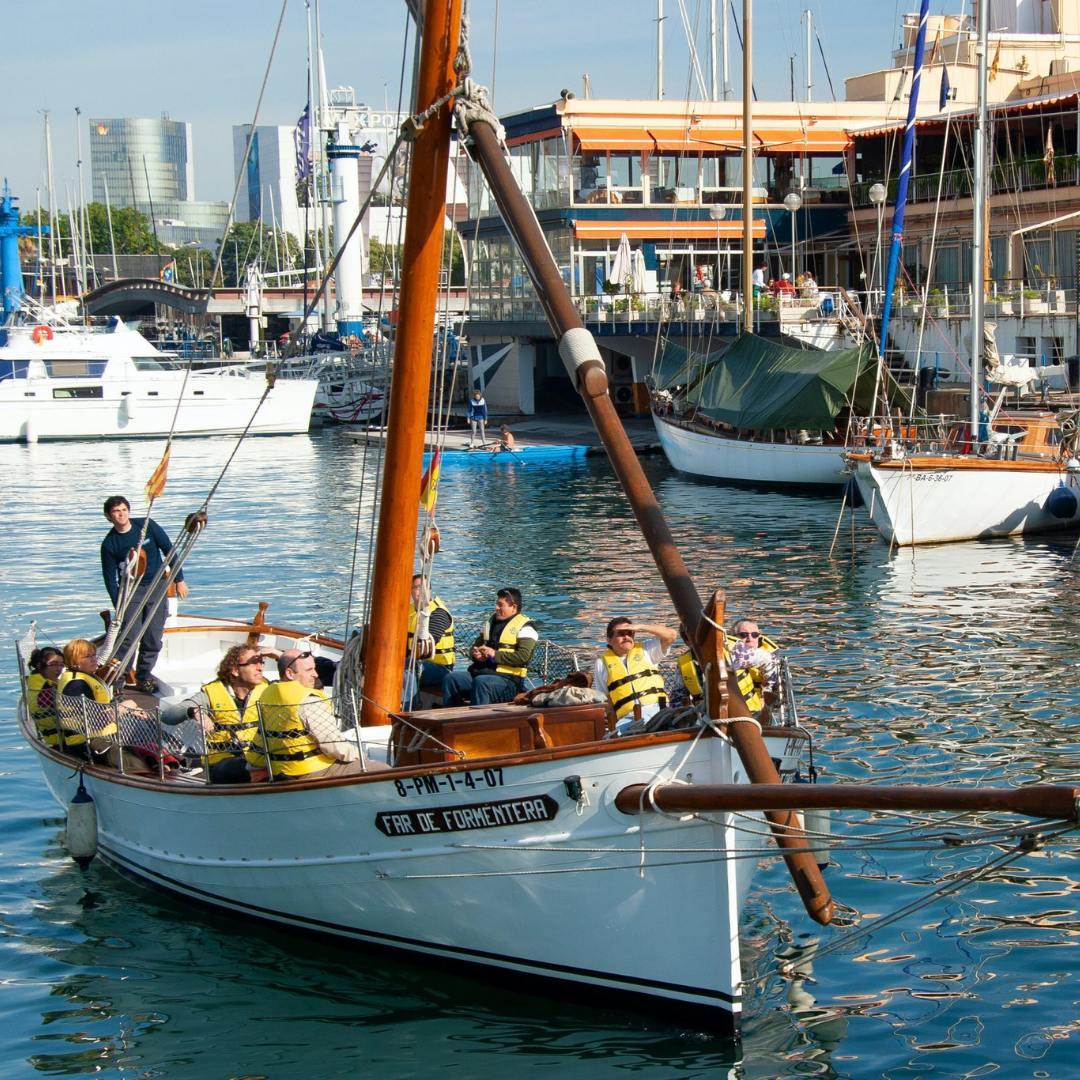 Arrange a romantic sunset sailing experience; take an evening yacht trip, and take in the sea breezes. An ideal activity for couples that want to add a special romantic touch in Barcelona. 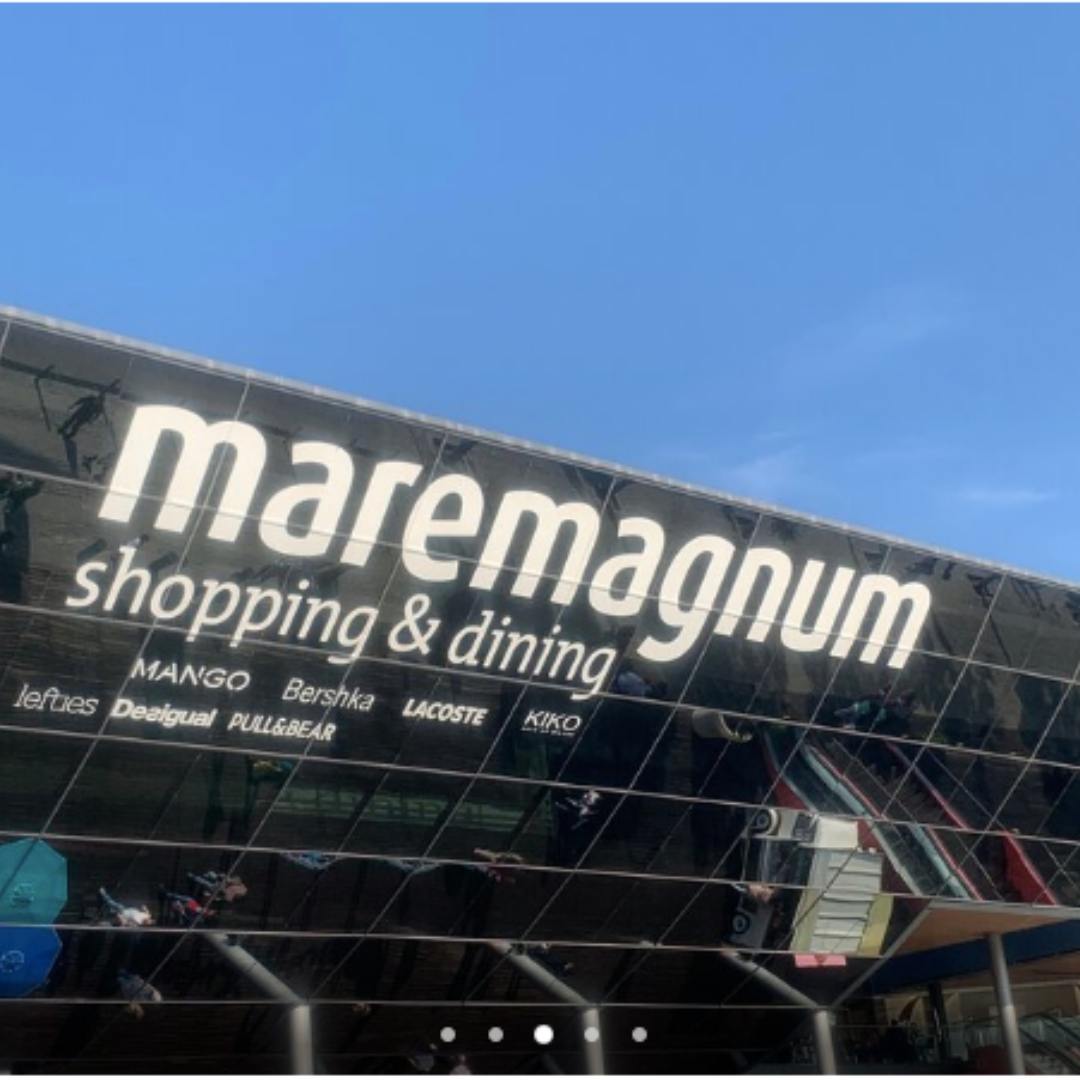 Maremagnum is a retail mall that offers a variety of clothing stores, homeware, and restaurants. We enjoy coming to the mall after walking around the Port.

Maremagnum has both indoor and outdoor activities for all ages. Outside, The Mall has a playground and a large area for kids to play in. There is also a park close by where you can rest on the grass. 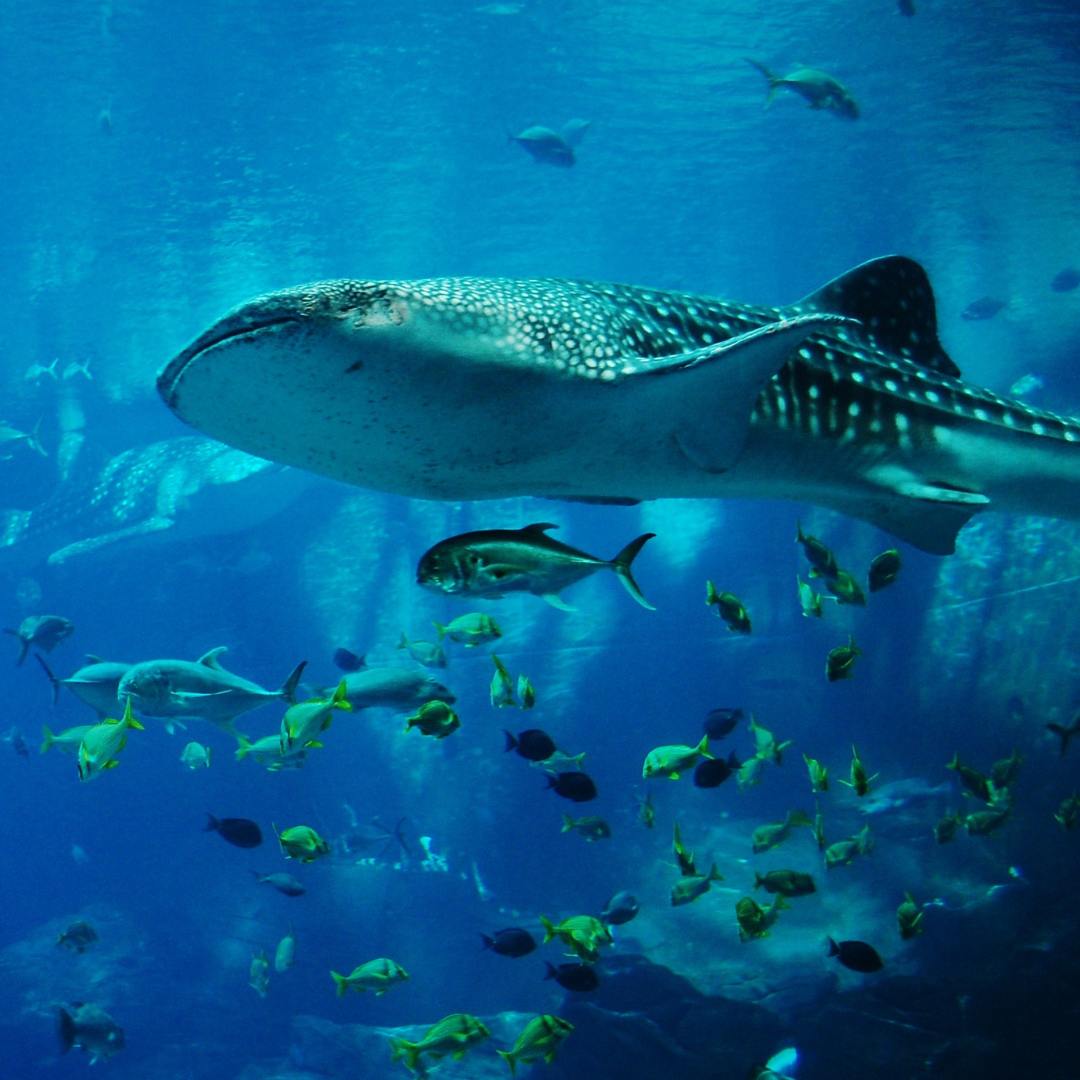 L’Aquarium Barcelona is the largest and the most important Museum of Marine Science of the Mediterranean in Europe, and it has over 11,000 marine animals from 450 species. This Aquarium is a popular family travel destination, with its colorful marine creatures swimming around in a larger-than-life tank and experiencing magical marine life. 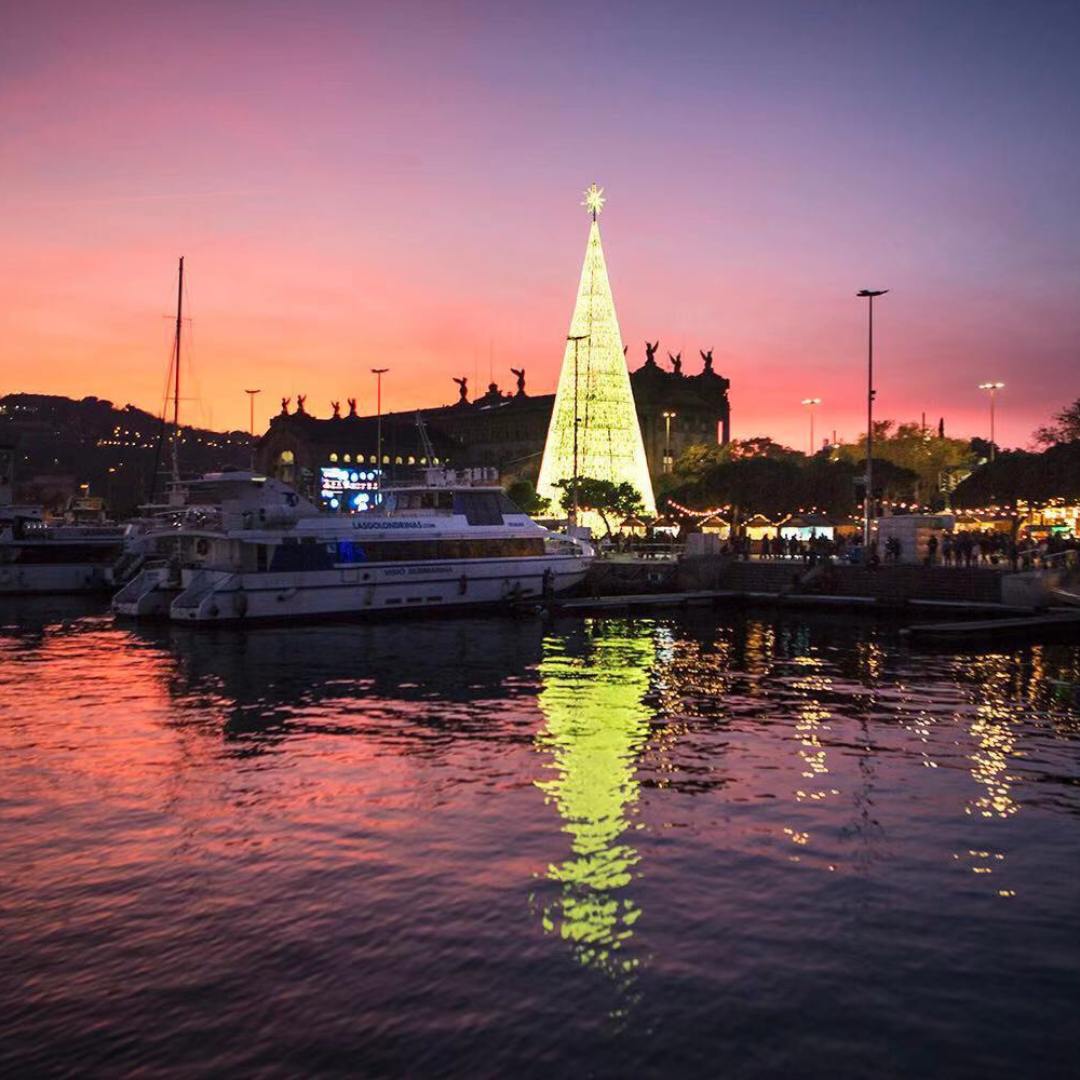 In 2019, the Catalan government organized a new Christmas fair to celebrate Port Vell’s 150 years. It included a 30-meter Christmas tree, the tallest ever recorded in Catalonia.

Port Vell continued to host the Christmas market in the following years, offering various wooden stalls with Christmas decorations, food, live music, art and crafts. Christmas markets are a wonderful way to celebrate the beginning of the festive season. 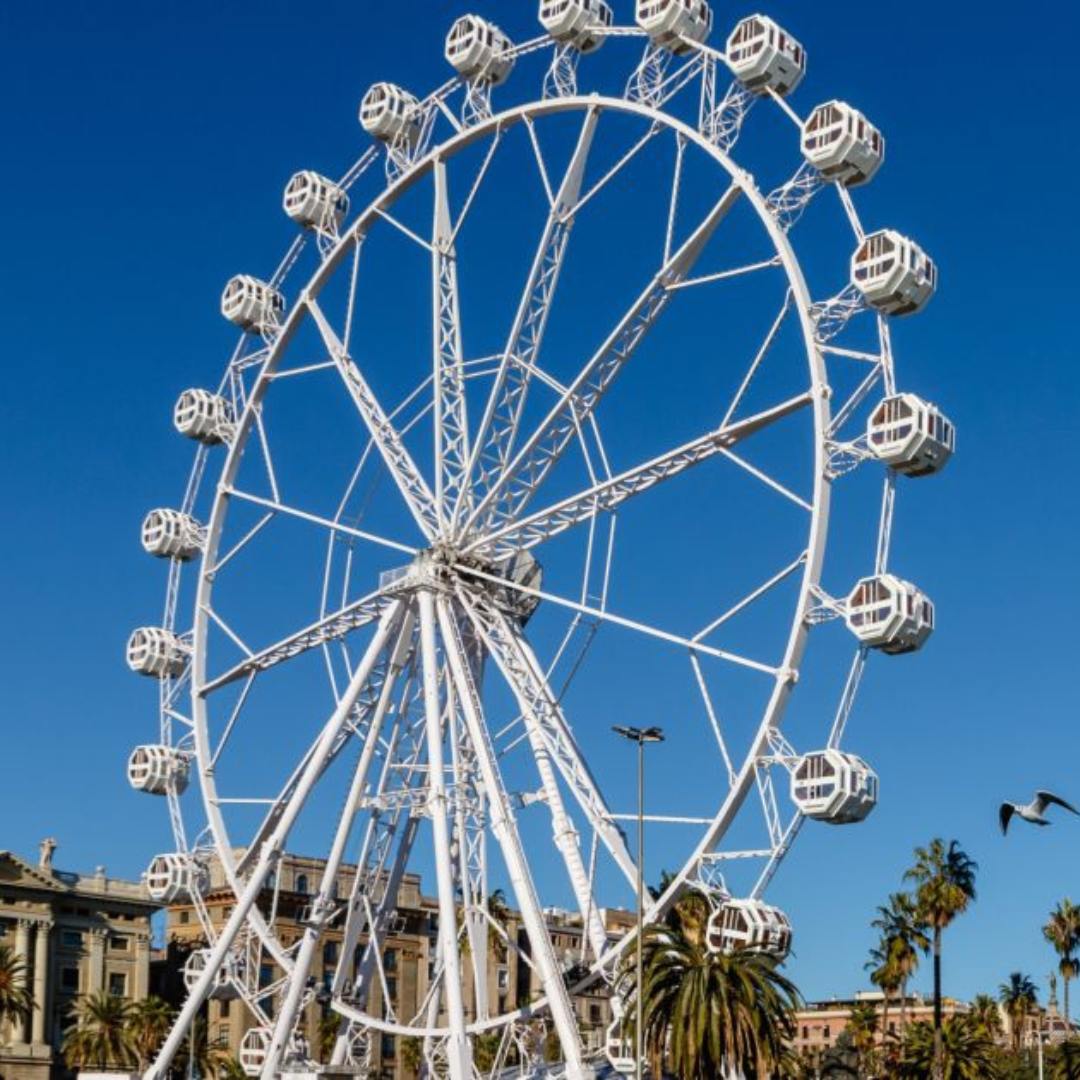 The Christmas Market has a giant Ferris wheel to brighten up the festivities. It is one of the best ways to get a bird’s eye view of Barcelona. It provides a close-up experience of several landmarks, plus the sunset over the Port on the left and a beautiful view over Montjuic on the right.

The History Museum of Catalonia

The History Museum of Catalonia tells the history of Catalonia; a story lies in its beauty and sorrow. Several experimental and interactive exhibitions are also available. It is an excellent destination for families with children.

Segway has been a growing trend in the tourism industry since early 2000. Most probably have seen people riding an electric vehicle with a platform cruising around the city sideways. Segway is an electric transport that allows you to move around quicker and less tiring; it is navigated by body movement.

Most importantly, being sustainable travelers, we want to be more conscious of our selections. While walking is generally the best option, the benefits of Segway are safe, with zero emissions. It contributes to decreasing pollution and climate change, as electricity produces fourteen times fewer gas emissions than a car traveling the same distance. If you are traveling with a group, a Segway tour is a new and fun option for exploring the city.

How to Get to Port Vell