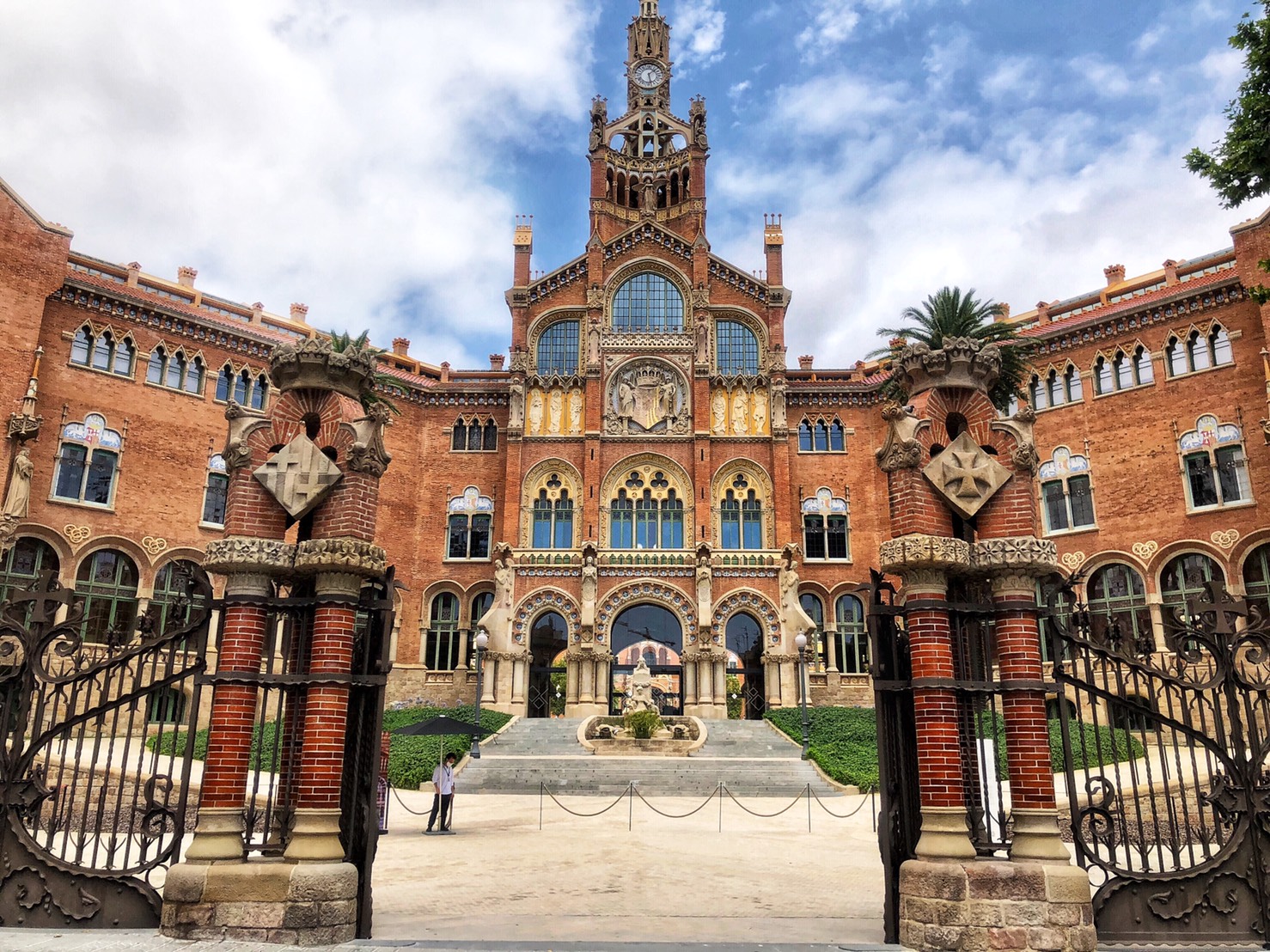 The Most Beautiful Hospital on Earth

The history of Hospital de Sant Pau in Barcelona dated back to 600 years ago with its full dedication to public health, science, and culture. Lluis Domènech i Montaner, one of the most influential figures for The Catalan Art Nouveau, has designed the hospital to represent public service and creativity in the city of Barcelona, Catalonia.

Hospital de Sant Pau is the largest architecture and certainly one of the most important Art Nouveau structures. Lluis Domènech i Montaner envisions the complex with freestanding pavilions for different purposes, including underground tunnels and gardens.

Lluís Domènech i Montaner was a Spanish architect who plays as a highly influential figure in Modernisme Català, also known as The Art Nouveau. He was born in Barcelona and dedicated his life to politics, academic learning, and architecture. He was the teacher of Antoni Gaudi (1852 – 1926), who was famously for Casa Vicens, La Sagrada Familia, and Park Güell.

Lluís Monèch i Montaner is also the architect of Palau de la Música Catalana, was declared UNESCO World Heritage along together with the hospital.

Hospital de Sant Pau was constructed mainly by Pau Gil i Serra (1816-1896) and the Catalan Civil Society. Pau Gil donated a generous amount of his fortune to the Hospital. After ten pavilions have been built, funding continues to get help from numerous families, citizens, and institutions.

The Hospital moved to a new site for facility improvements in 2009. This Art Nouveau Site underwent an unprecedented process of restoration. After serving as a hospital for over 80 years, the Hospital is currently playing a significant historical role in Catalonia. It is a space dedicated to innovation, sustainability, health, and culture. 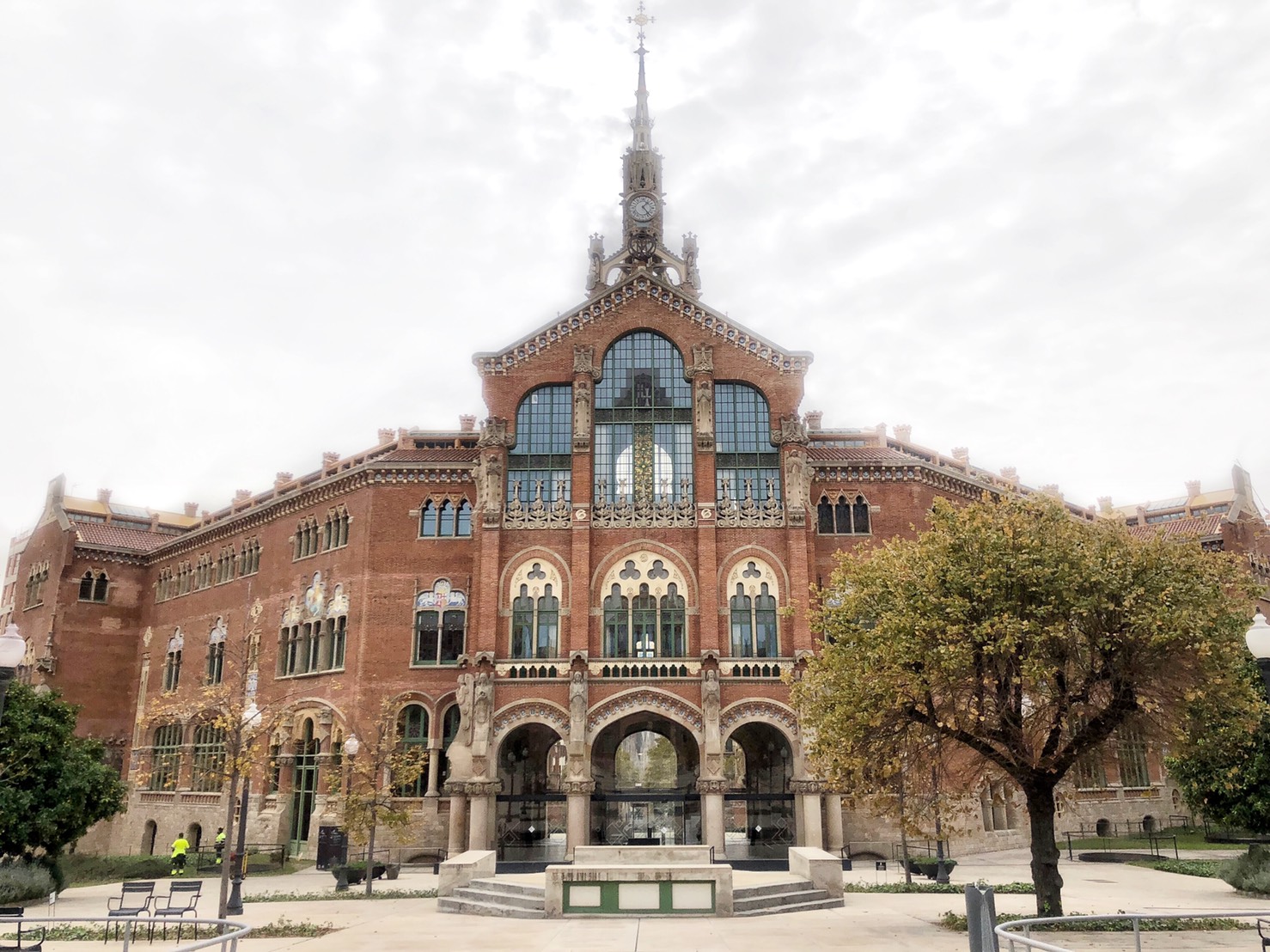 The Administration Pavilion is the largest and one of the most critical spaces in the hospital. Surrounding the building are the mosaic decorations designed by Francesc Labarta, a Spanish painter, and Mario Maraglaino, an Italian mosaicist living in Spain.

The basement was designed for communication and also once an emergency center. The pillars handle the entire administration building that connects to the underground tunnel for supply distribution. 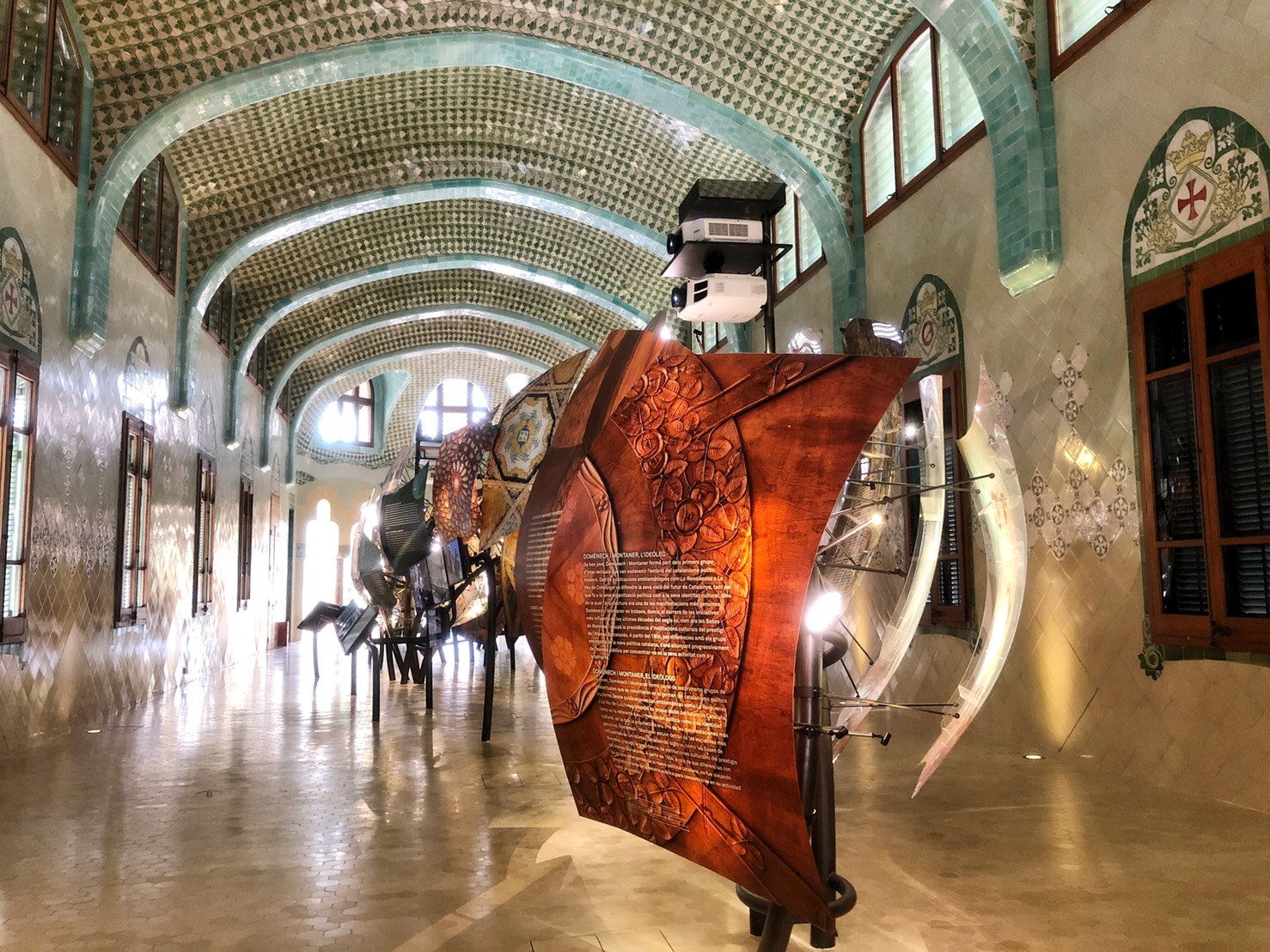 In 1916, the Sant Salvador Pavilion was the first pavilion to take in patients. The building has been restored to its original appearance and currently hosting an exhibition of the Hospital. 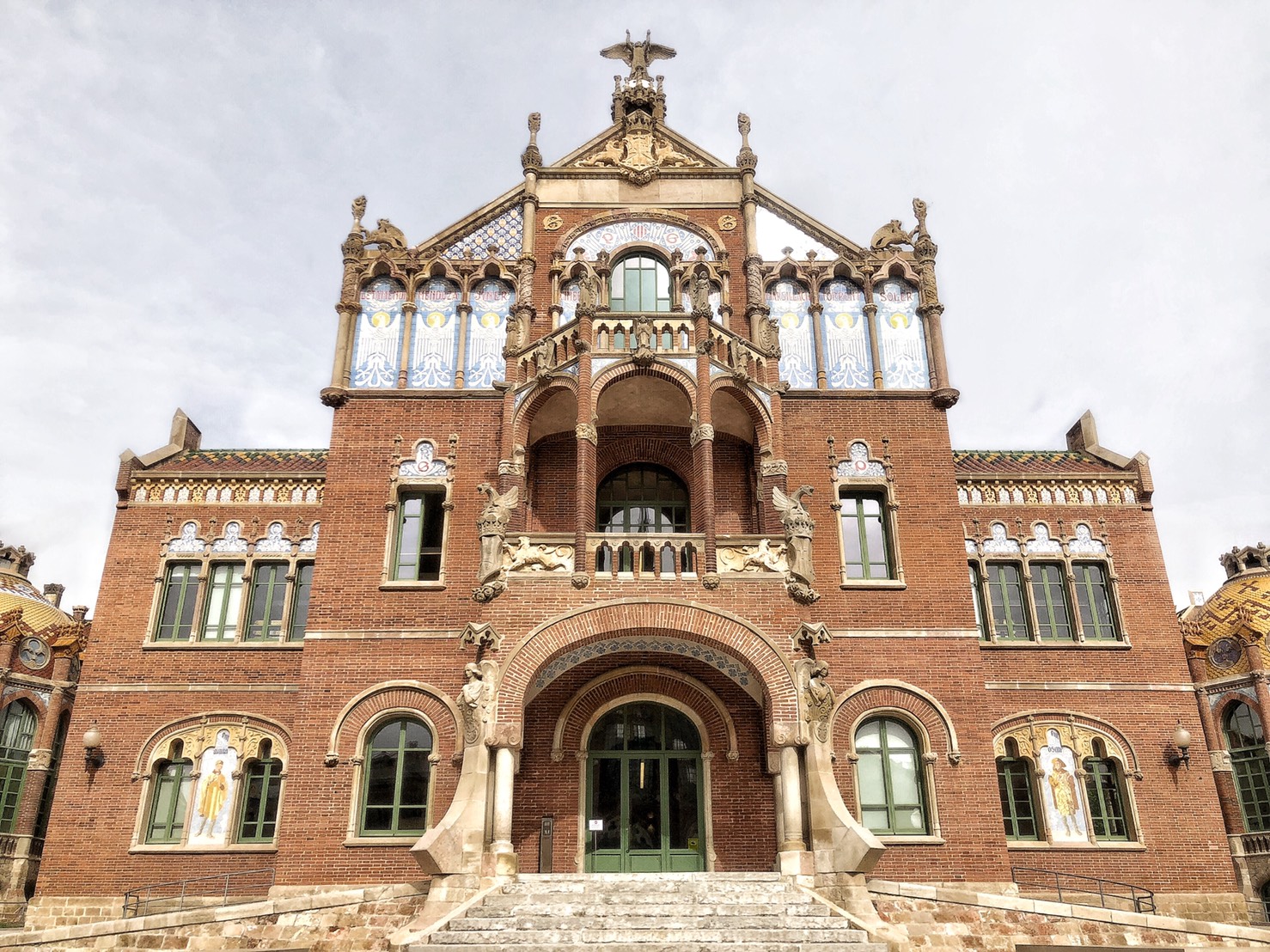 The operation house was built between 1902 and 1912, including a basement for storage, changing rooms, facilities room, photography and radiology laboratories, waiting room, anesthesia, and postoperative rooms. The communication with other pavilions was carried out via underground tunnels. 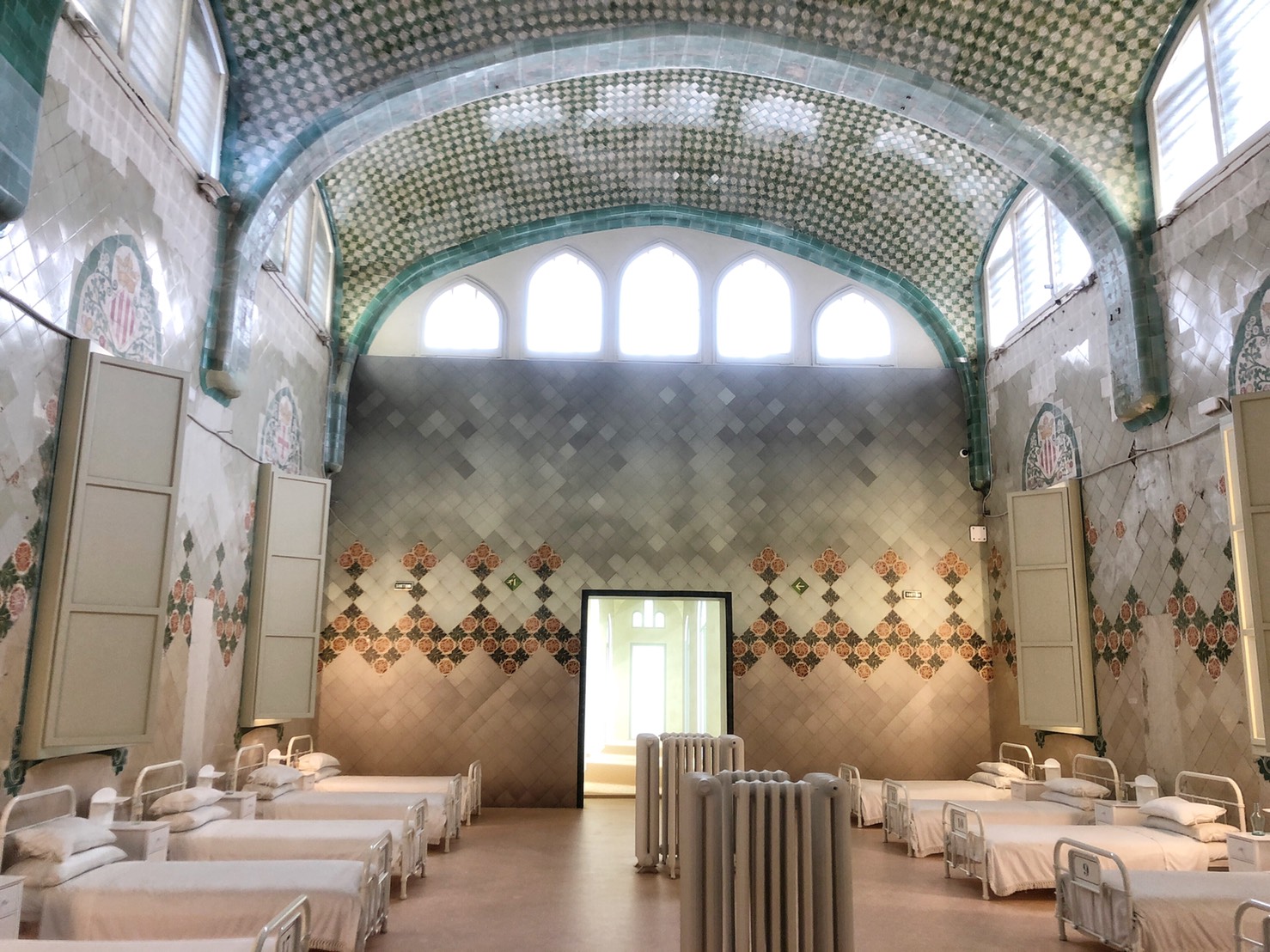 The Sant Rafael Pavilion, built between 1914 and 1918, was an example of a nursing pavilion. it was constructed for the legacy of Rafael Rebell, who donated part of his fortune to fund its construction and gave his name. The pavilion has been restored to its original design and is an exhibition space today. 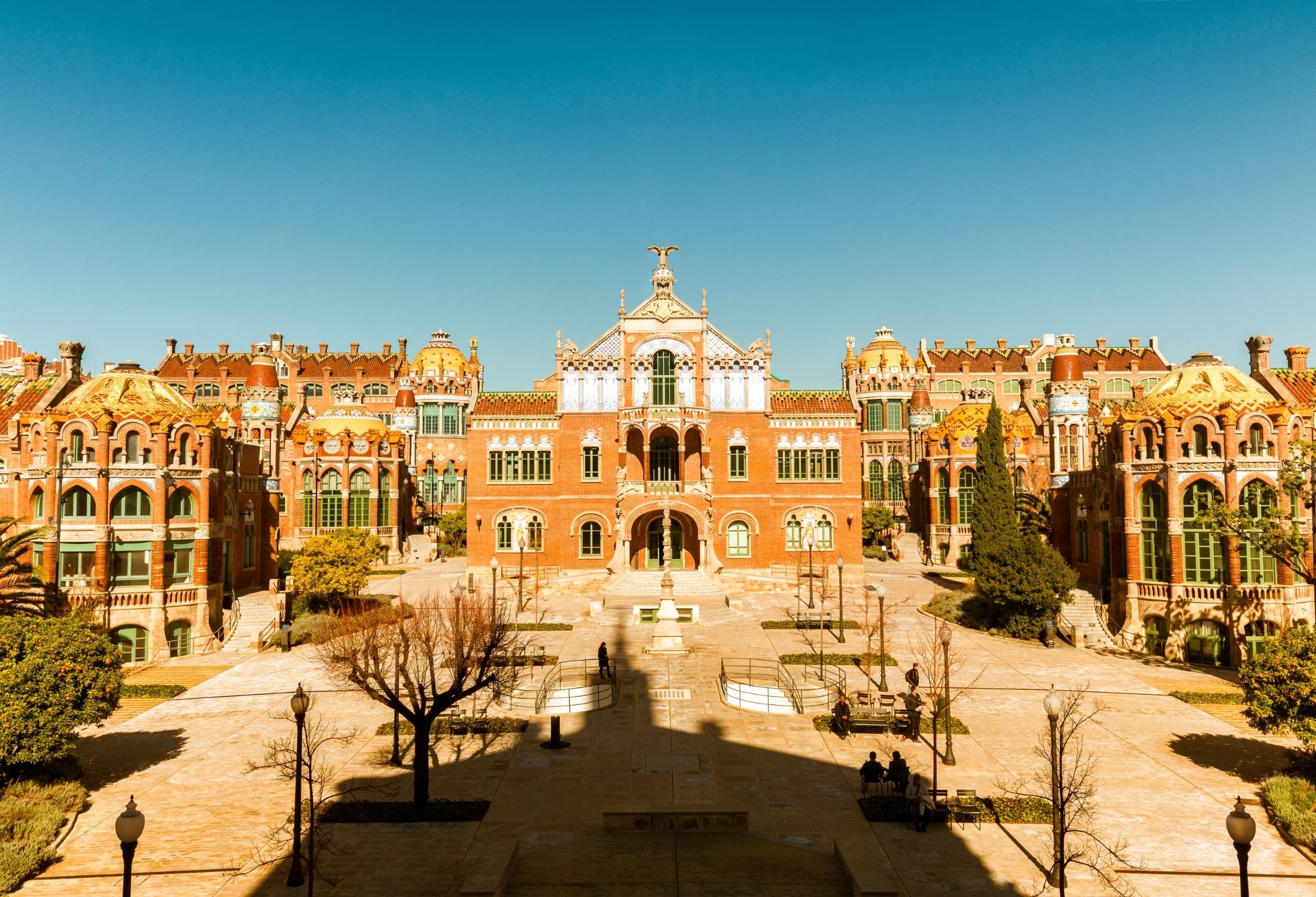 Hospital de Sant Pau was arranged in independent pavilions, which allows the architect to implement a nature space for the Hospital. The gardens serve to purify the air, provide wind protection, and conserved humidity—the architect intended to design with the patient’s well-being in mind.