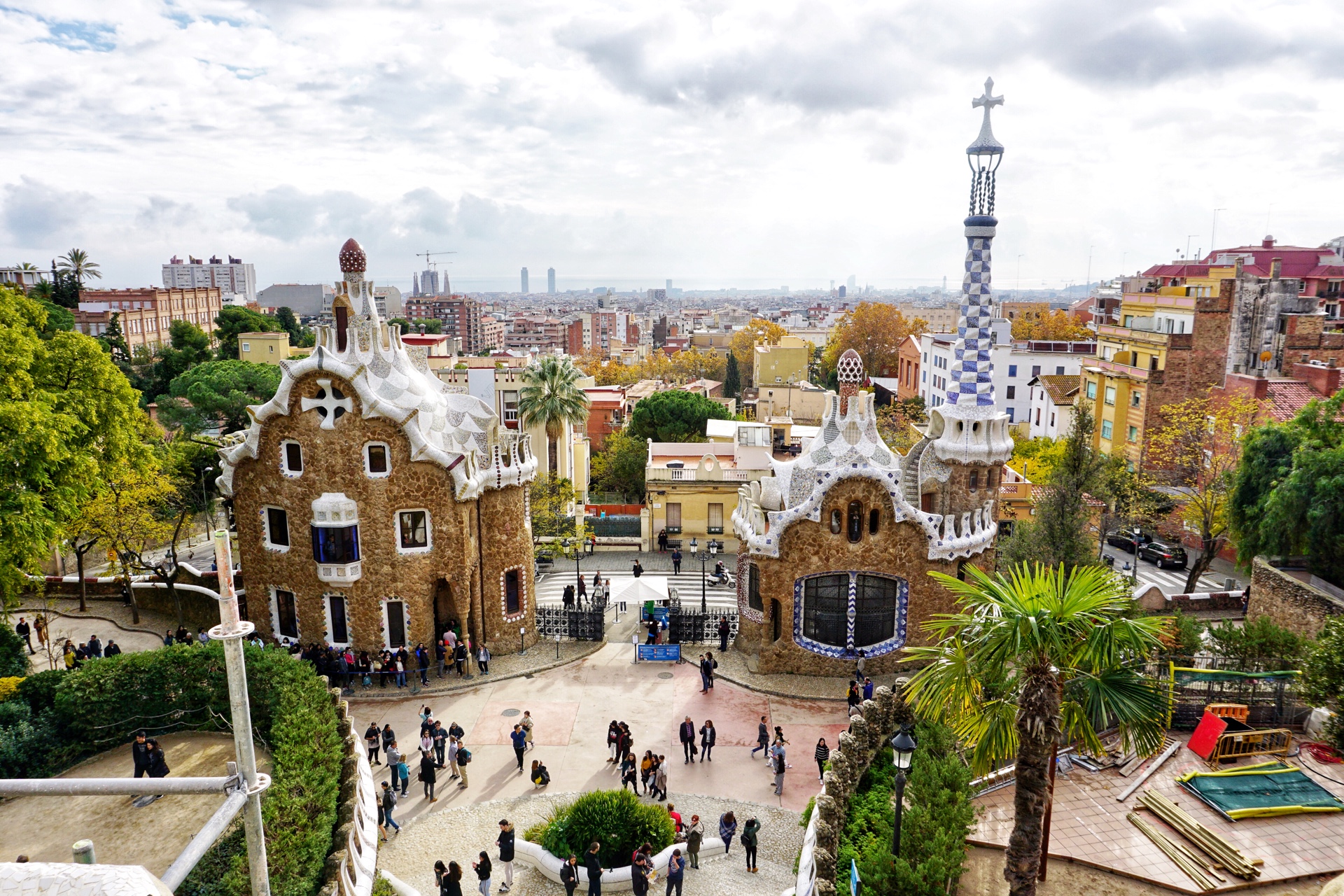 Park Güell, also known as Parc Güell in Catalan, is one of the most-visited public parks in the world. The Park was built the Park between 1900 and 1914 by the famous architect Antonio Gaudí and officially opened as a public park in 1926. Park Qüell stands out as a small showroom of Gaudí’s perfect world. The modernism style and the color mosaic patterns in Park Güell are a visual feast.

Inside, Parc Güell has children’s playgrounds, fountains, museums, picnic areas, dog parks, and more. It is considered one of the most family-friendly sites to visit in Barcelona. Your little explorer gets to experience the full imagination, from the playful architecture to the integration of its natural surroundings.

Many have suggested visiting Park Güell during the afternoon to get the best light. Since kids usually are up early, we prefer to see the Park in the morning to avoid the crowd; Barcelona has 300 pleasant days all year round, so that it will be a beautiful day!

If you are traveling with a baby, toddler, or preschooler and carrying a bulky stroller. Park Güell is quite a physical activity to complete. The landscape is hilly, some parts are rocky, and plenty of stairs to walk. However, there is no doubt that it is a perfect outdoor family activity.

1. Park Güell is a public park located in the district of Gracia, Barcelona, which is on a hillside above the city.

2. In 1984, UNESCO declared the Park a World Heritage Site under “Works of Antoni Gaudí,” along with Palau Güell and Sagrada Familia.

3. One of the largest green spaces in Barcelona, ​​with more than 17 hectares of natural space for diverse species.

4. About 90% of the area is accessible free of charge to all people. Only the restricted area is not.

5. Park is named after Eusebi Güell, a wealthy Catalonian entrepreneur and a close friend of Gaudí. He commissioned Antonio Gaudi to design Park Qüell.

6. Park Güell was originally trying to develop into a high-end residential park of sixty single-family residences in the land covered by trees called “El Carmel.”. The project became a commercial failure; the real estate development plan was too ambitious and expensive. In 1914, the beginning of the First World War ended Gaudí’s work.

7. Gaudí lived in the Park until he died, but he didn’t design his house. It was a model house designed by Francesc Berenguer. Gaudí purchased the property and moved there in 1906 to live with his father and niece. Gaudí’s house – Museum Gaudí is now open to the public.

10. Park Güell was an agricultural area with vineyards, olive groves, and fruit orchards long ago. 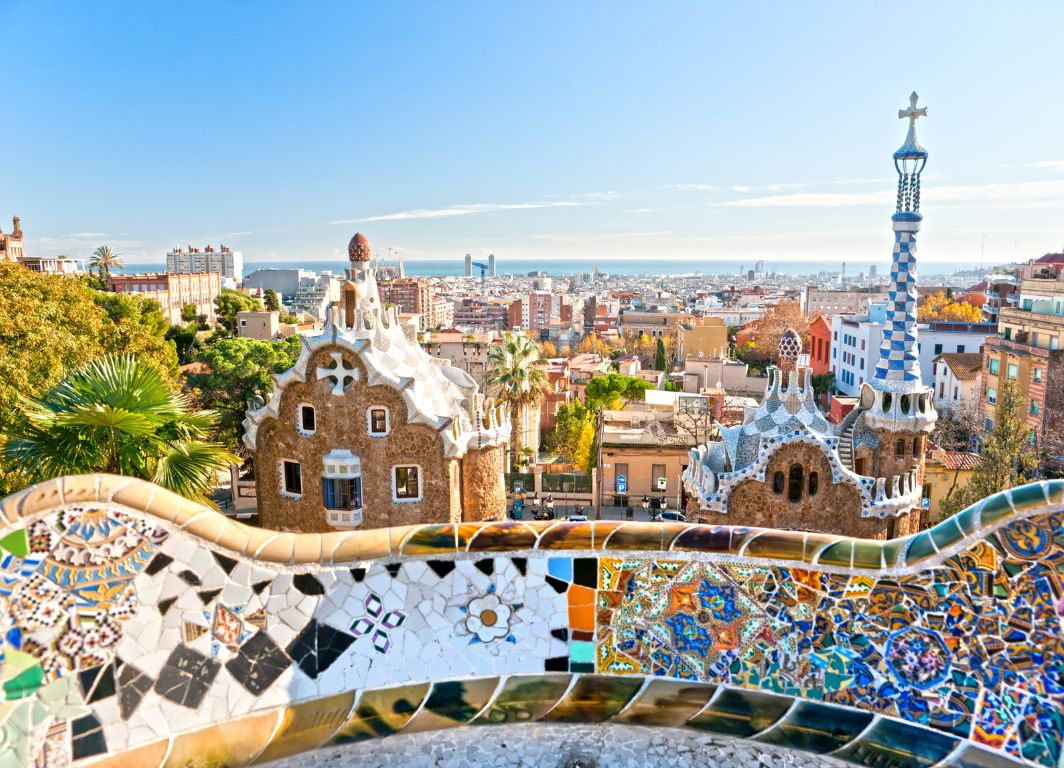 At the top of Park Güell is a terraced area where you get an incredible panoramic view of the Park and Barcelona City. From here, you can also see the most critical work of Gaudí, La Sagrada Familia, which began being built in 1882 and is expected to complete by 2026.

In addition, you will also find multicolor tiled mosaic seats available across the terrace. The vibrant colors of the tiles seats and the breathtaking view allow you to enjoy the time for a while.

Salamander – the symbol of Park Güell

Salamander is mesmerizing stonework that represents the symbol of Park Güell. It is located at the staircase in the center of the monumental area close to the main entrance. For sure, this is one of the most photographed spots for tourists.

Salamander used the style of trencadis, and you can see many colorful pieces of chopped ceramic cemented together. 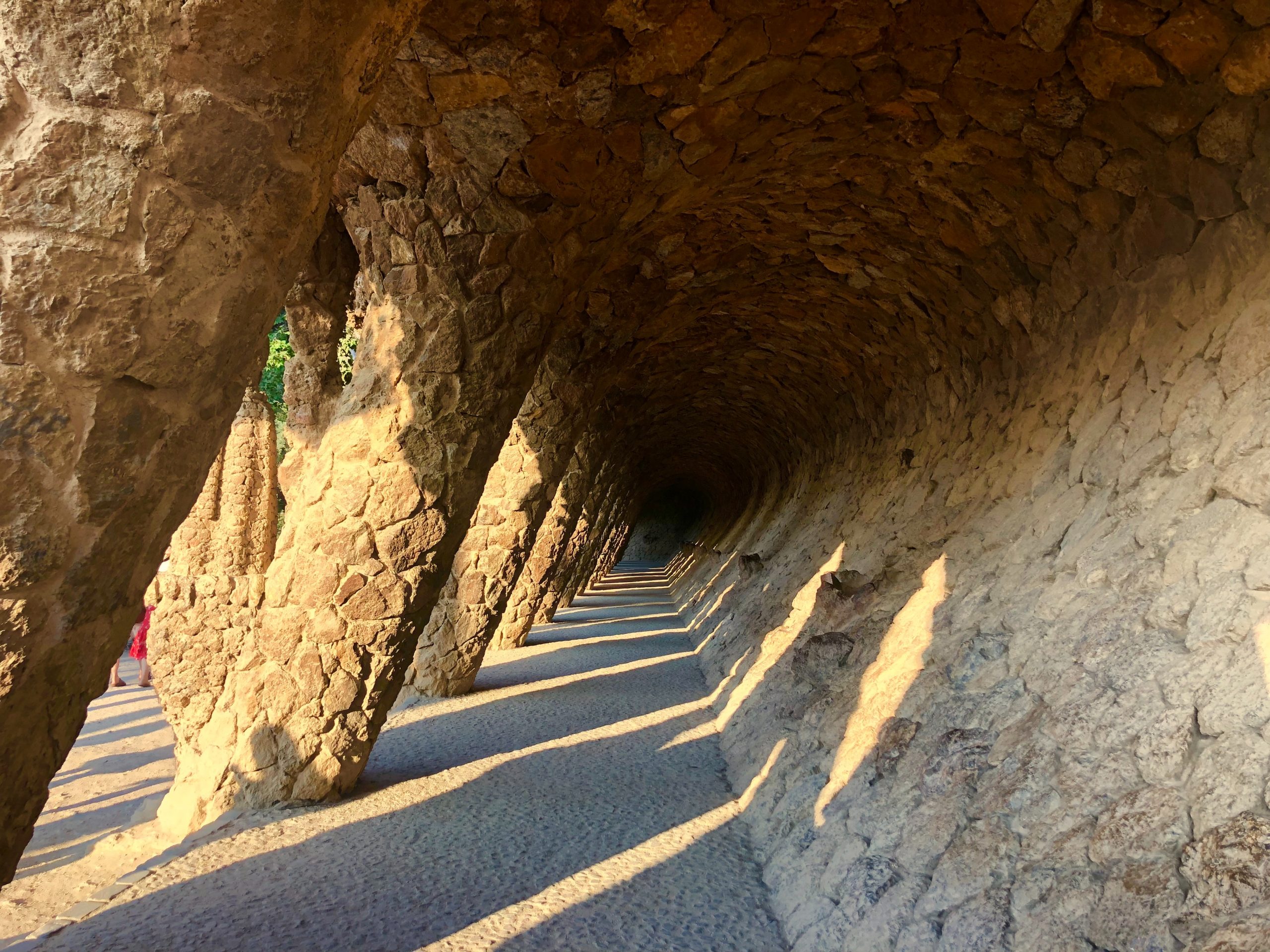 These arcades, along with others, were designed to connect the houses within the residential community that were never built.

In Park Güell, you can find several large organic-looking columns made from stone and a walkway supported by twisting rock pillars that seem to be growing out of the ground like tree trunks or in a curvy spiral shape. These somewhat make you feel natural.

There are multiple entrances within the Park. It was confusing. Recommend to purchase your ticket online in advance. You will be given an assigned entry time. Allow plenty of time to search for an entrance. We have tried to enter from the main entrance, where Salamander is located, and from the top hill entrance of the Park. We prefer coming from the top gate with plenty of time reserved, enjoying the walk down inside the Park, spending some time in the playground with kids, and finally reaching the monumental area, exiting at the main entrance.

Gràcia is a small district located in Barcelona’s geographical center. It is not famous for its attractions except for Park Güell and Casa Vicens. However, you will find more local culture in this area than in the beach area, which is a great place to explore.