A Day Trip to Saint Émilion from Bordeaux

The name of Saint-Émilion derived from an Iberic Saint named Saint Aemilianus, who settled in the region in the 8th Century. He was living the life of a hermit and had a few miracle stories, such as restoring a blind woman’s sight, that quickly made him a household name. Saint-Émilion began to develop into a religious center under his guidance. His followers carried his legacy and called the town after him: Saint-Émilion.

Beautiful and peaceful vineyards surrounded this historic village which has been listed as a UNESCO World Heritage Site since 1999 for its cultural landscapes.

According to the World Tourism Organization, tourism is one of the largest and fastest-growing sectors globally. As per Our World in Data, annual international tourist numbers rose from 25 million in 1950 to 1.4 billion in 2018. That is a 5500% growth rate.

Research has confirmed that tourism can stress the local land, pollutes the environment, and endangers species. We have to increase our efforts and take conscious actions to make our travel a meaningful impact.

There is also no doubt that human behaviors are influencing climate change. According to the IPCC, we are experiencing the hottest decade in 125,000 years, CO2 is at its highest levels, and the world’s ice is melting faster than ever.  Climate change is now threatening every aspect of the ecosystem, including human and animal life.  According to the United Nations World Tourism Organization, tourism is responsible for approximately 5% of global emissions and 22% of all transport emissions. It is also an energy-intensive industry.

Begin making your trip a meaningful journey with conscious choices to protect the local community and nature from lessening the negative impact on the environment. Being a responsible traveler is about behaviors and how we interact with the destination.

Saint-Émilion is a charming medieval village in the romantic Bordeaux wine region. You can find wines from the prestigious world-class label to boutique producers, sophisticated architecture, and historical monuments.

Taking a half-day to a day trip from Bordeaux is recommended. Easy walking distance from the Saint-Émilion train station, 1.6 km 15-20 minutes, is a lovely walk to wander around.

Inside this charming medieval village, you can find several shops to purchase and taste iconic wine: many restaurants, and hidden gems to explore. The top part of the village offers some great views of the surrounding landscape. You can easily spend about 2 to 3 hours wandering freely, taking in all the beautiful sites, plus a meal.

*Note that cobble streets are hilly and can be slippery. 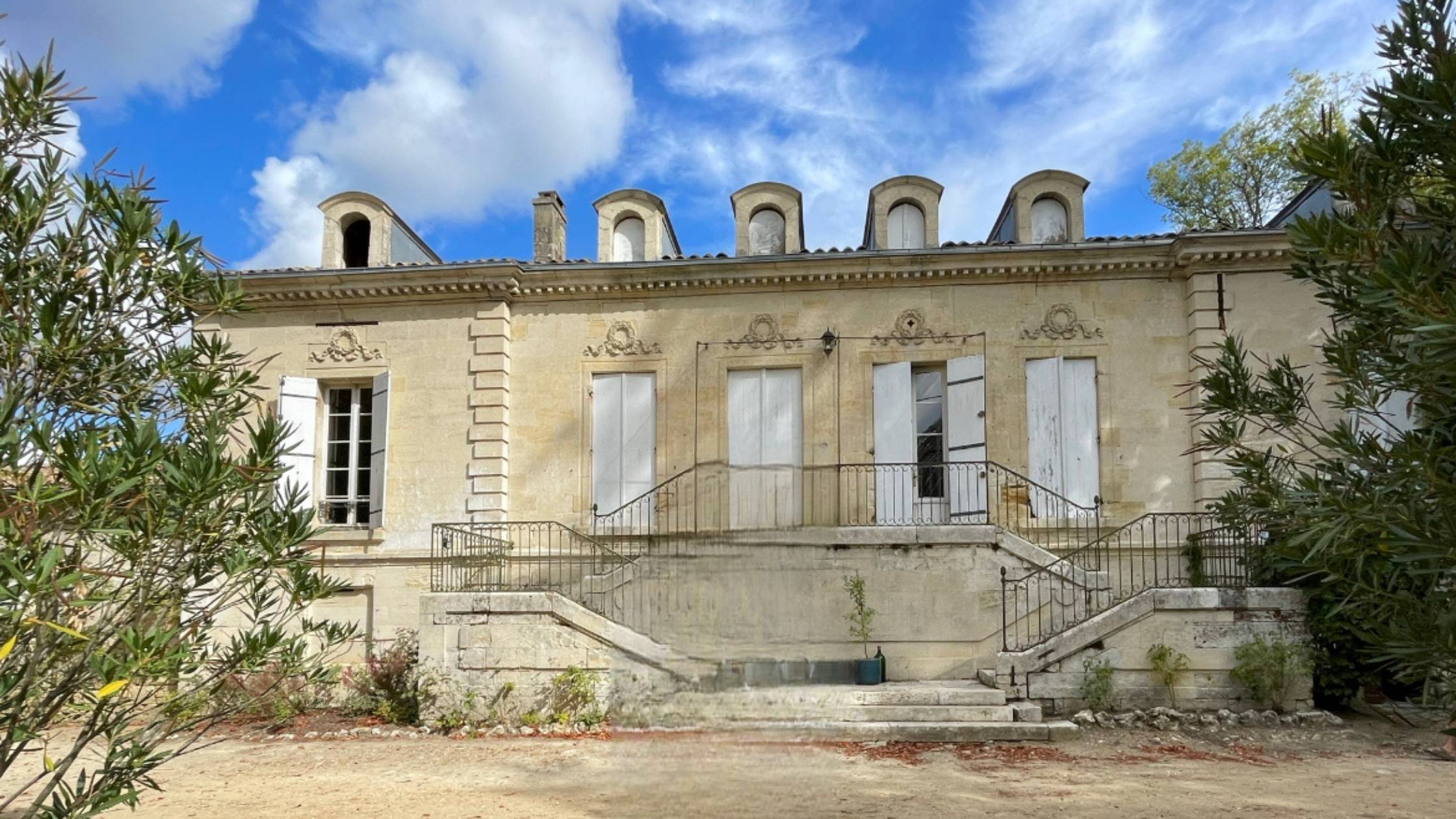 Château Coutet is a leading organic winegrower that has been around for over 400 years. DAVID-BEAULIEU family, owners of the Château for 14 generations, have always been committed to producing a Great Wine of Saint-Émilion with tremendous respect for the terroir and the surrounding nature.

Château Coutet covers 16 hectares planting Merlot, Cabernet Franc, Cabernet Sauvignon, and Malbec. Primarily by working horses and harvesters. Over the fourteen generations, the Château has been growing and making wine as naturally as possible, without the chemical. Therefore it gives a rare purity to the wine and enables wild tulips, orchids, and animals to thrive around the area.

The business is authentic; the tour was insightful, laid back, and not pretentious. Other than learning a lot about organically growing wine, you get to visit the family’s private cellar and appreciate a few wine tastings in the end. If you are searching for a down-to-earth, boutique, family-run, organic winegrower – Highly recommend it. 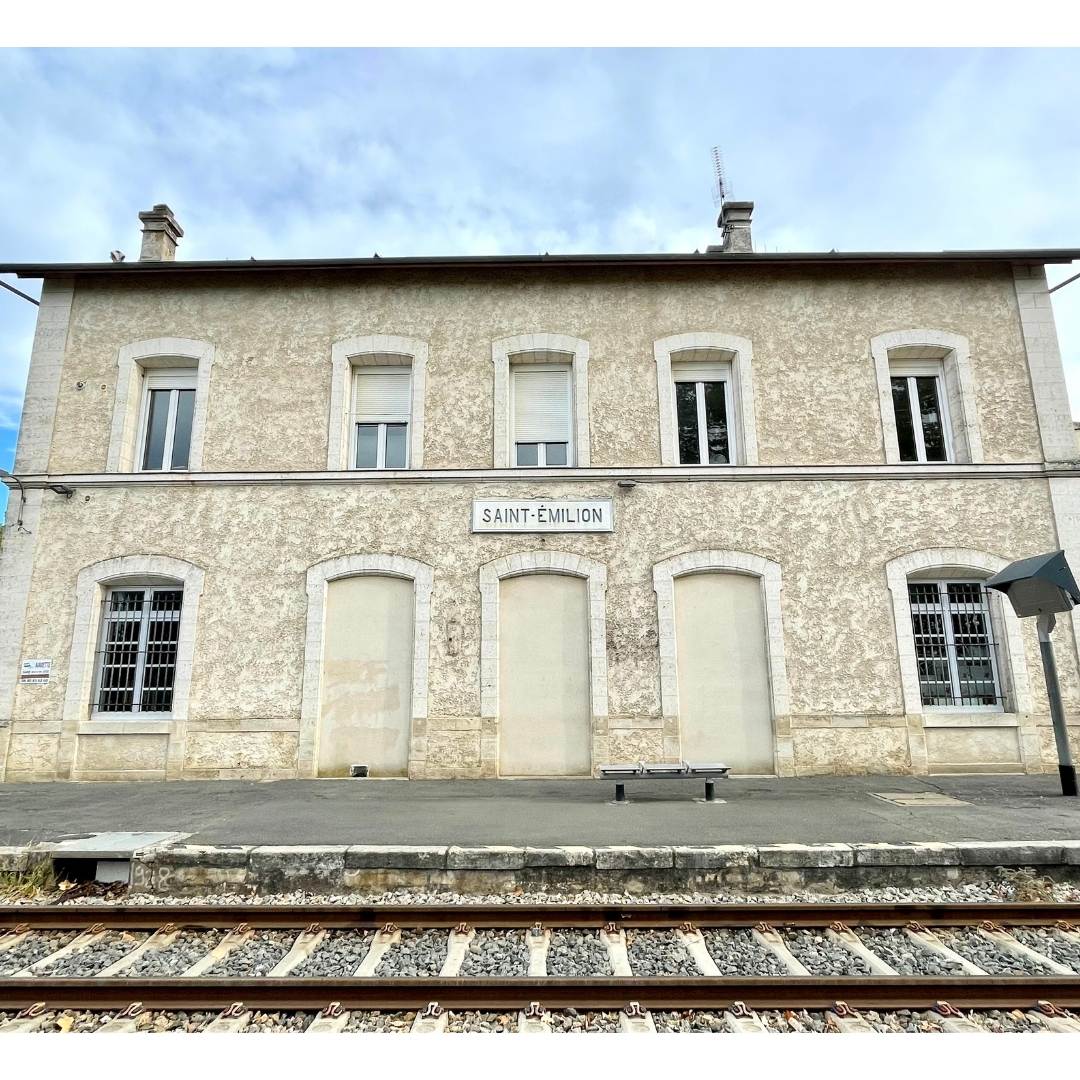 How to get to Saint-Émilion from Bordeaux?

There’s a direct train departing from Bordeaux Saint-Jean train station to Saint-Émilion. It is a 40-minute (45km) train ride. The price of a one-way ticket is € 9.50, and you can book it online or buy the ticket directly at the station. Timetable Here. 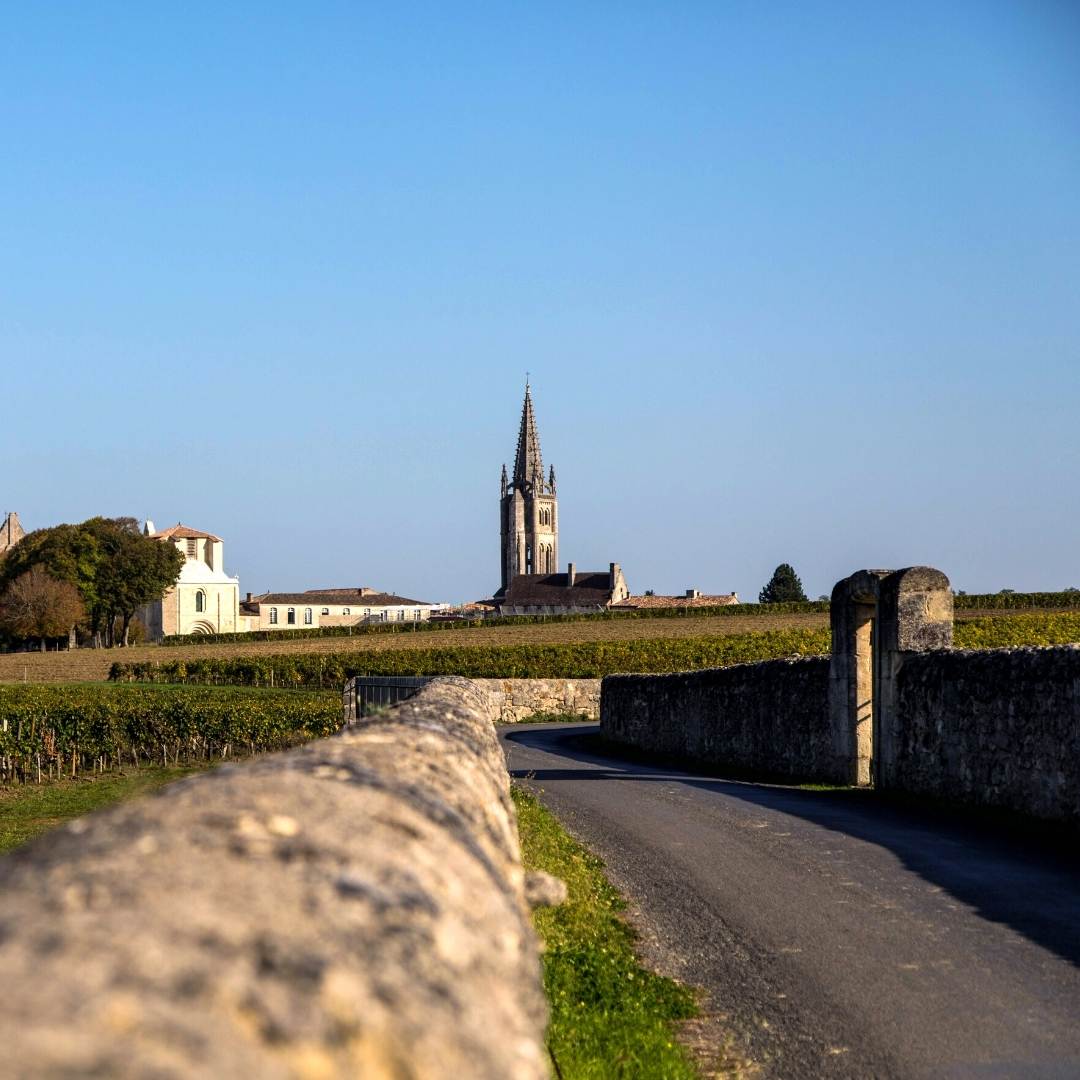 How to get around Saint-Émilion?

Most visitors visit Saint-Émilion only for a day trip, but a night in the romantic medieval village can also be a great experience. Here are a few recommended sustainable properties.