At Lunar New Year, it is a tradition to give a red envelope enclosed with lucky money (known as 紅包 hongbao) to friends and family. Red envelopes are mostly given to elderly and junior members, such as parents, grandparents, and children. It symbolizes good luck and wishing the receiver wealth and prosperity; The tradition is more about the red packet itself rather than the value of money held inside.

As a cross-culture parent, it gives us a new perspective on how we should celebrate and pass on the tradition to our children. Our main goal is to balance tradition with modernity; we build our cultures and celebrate in our way. Moving to Spain certainly makes the celebration more challenging, and most of our family members are overseas. (Related Article: The Challenge Of Staying Connected With Oversea Family) However, it does not stop us from introducing Chinese New Year to our multicultural children.

I remember receiving red packets growing up in Taiwan as far as I have memories. Typically adults will start giving out red packets after start working, or some traditions will start after marriage. There is no doubt that I am also planning to give red envelopes to my little ones. However, before giving the red envelopes, my husband and I want to focus on TWO parenting goals in this New Year:

Before taking my older daughter to the supermarket, who is turning three-year-old in a few months, there are few things she understands and practices regularly:

If your toddler often says, “mama buy!” or “Papa buy!” to ask for what she/he wants. Chinese New Year is a perfect time to introduce her to the general concept of basic commerce. 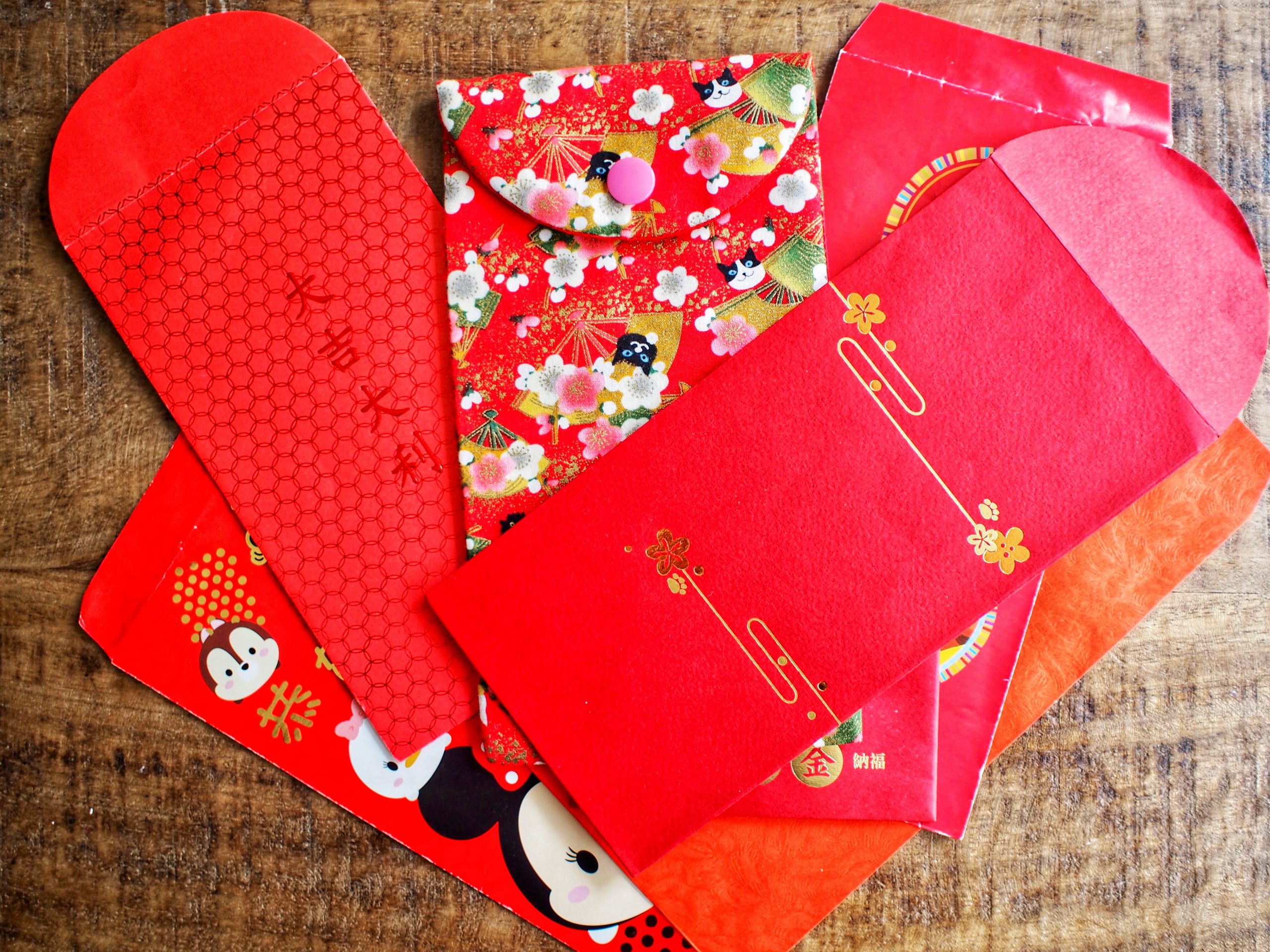 How to teach little kids about money?

For multicultural children to feel what is the real meaning of the Chinese New Year, the best way is to join the family members in Taiwan. Unfortunately, due to the residential permit policy, I am still not allowed to leave the country before receiving the official document. (Related Article: Why we move to Spain?)

Whether if you are introducing Chinese New year or Christmas traditions, keep in mind that part of the teaching culture in a multicultural family is the repetition and the content of what’s been done.

Most 3-year-olds can count to three and know the names of some numbers up to ten;  you can pick a smaller and easier value to start with.

For example,  I put two euros inside my daughter’s red envelope, keep in mind that odd numbers and number “4” do not allow in the red envelope as the four sounds resemblance to the “dead” in Chinese.

One special note, some little kids may put objects in the mouth, parents should monitor or judge carefully whether to provide a coin or something else. For instance, I have substitute coins with a Chinese New Year toy in my younger daughter’s red packet for safety reasons.

The piggy bank is a great idea, but reusing items at home is cheaper and more environmental friendly; By giving a saving container or a jar, children can see the money and touch it to develop a sense of “ownership.”

Take kids out to buy a small thing she/he likes, keep in mind that the whole purpose of the trip is to let the toddler understand the action of “buying.”

Children will experience picking a product, hand out Chinese New Year coins to the cashier, receive changes, and put it back to the little saving container. At this age, of course, you are not expecting toddlers to understand the finance side of the money.

However, the lesson to take away, in the long run, is to tell a toddler that “You don’t “buy” whatever you wish for and you may have to wait.” 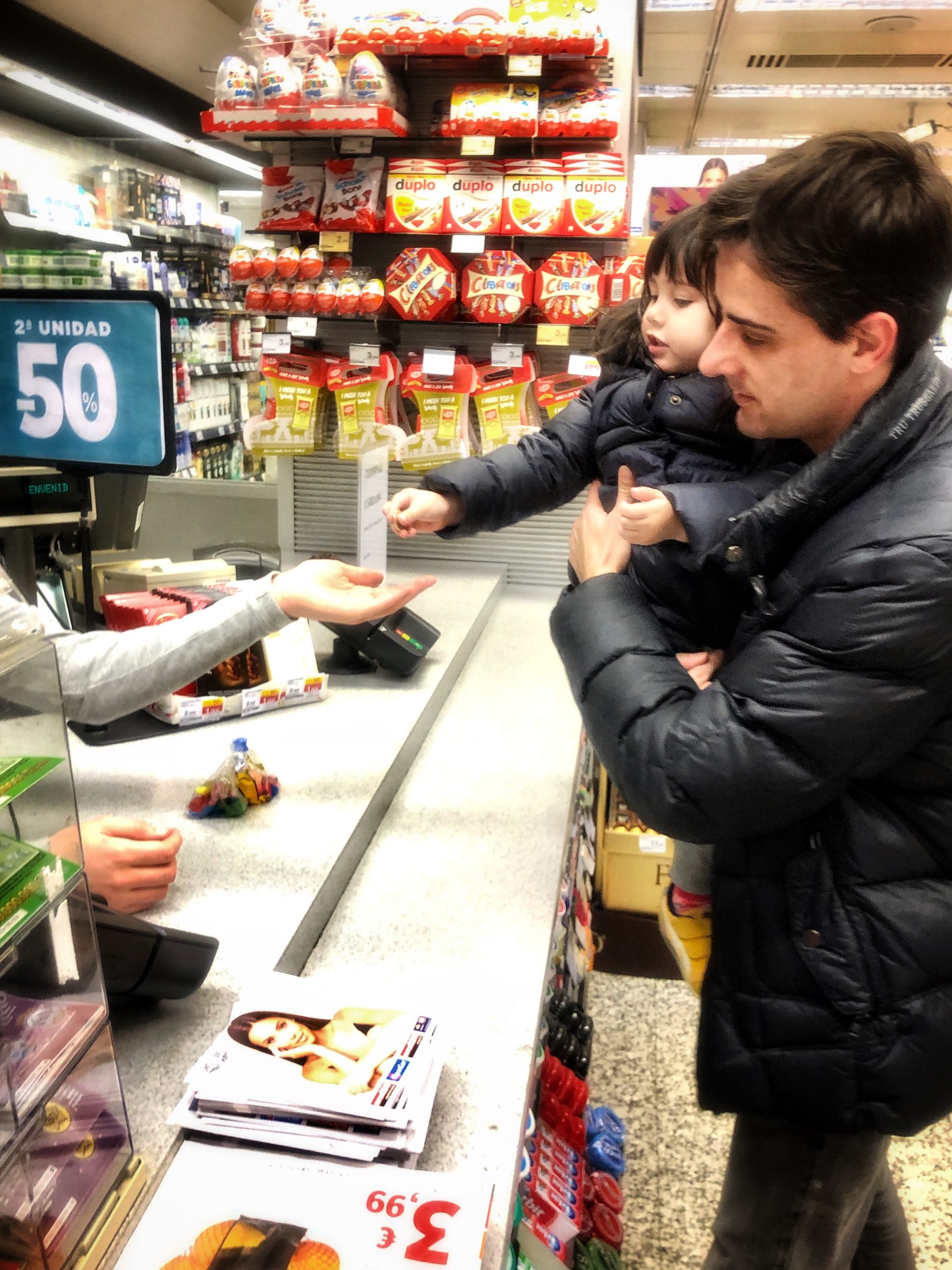 What happens during the first purchase?

Parenting is a series of trial & error, a little bit of planning can help to gain patience throughout the process. After setting things up and lots of communication: “Luana is going to bring the coin to buy cookies!” She was excited and grabbed her euro from the shop. At that “paying” moment, the toddler decides to claim that it is HER euro, I should pay for it! Unfortunately, it did not work out the first time.

After a few more visits and persuade her for a couple more days, she finally gives out her first euro for her candies.

Research by the University of Cambridge reveals children as young as seven years old have a better understanding of “saving” and able to form money habits, since this group of children has advanced knowledge of addition and subtraction.

“The sooner parents start taking advantage of everyday teachable money moments, the better off our kids will be. Parents are the number one influence on their children’s financial behaviors, so it’s up to us to raise a generation of mindful consumers, investors, savers, and givers,” –  Beth Kobliner, author of the New York Times bestseller Get a Financial Life.