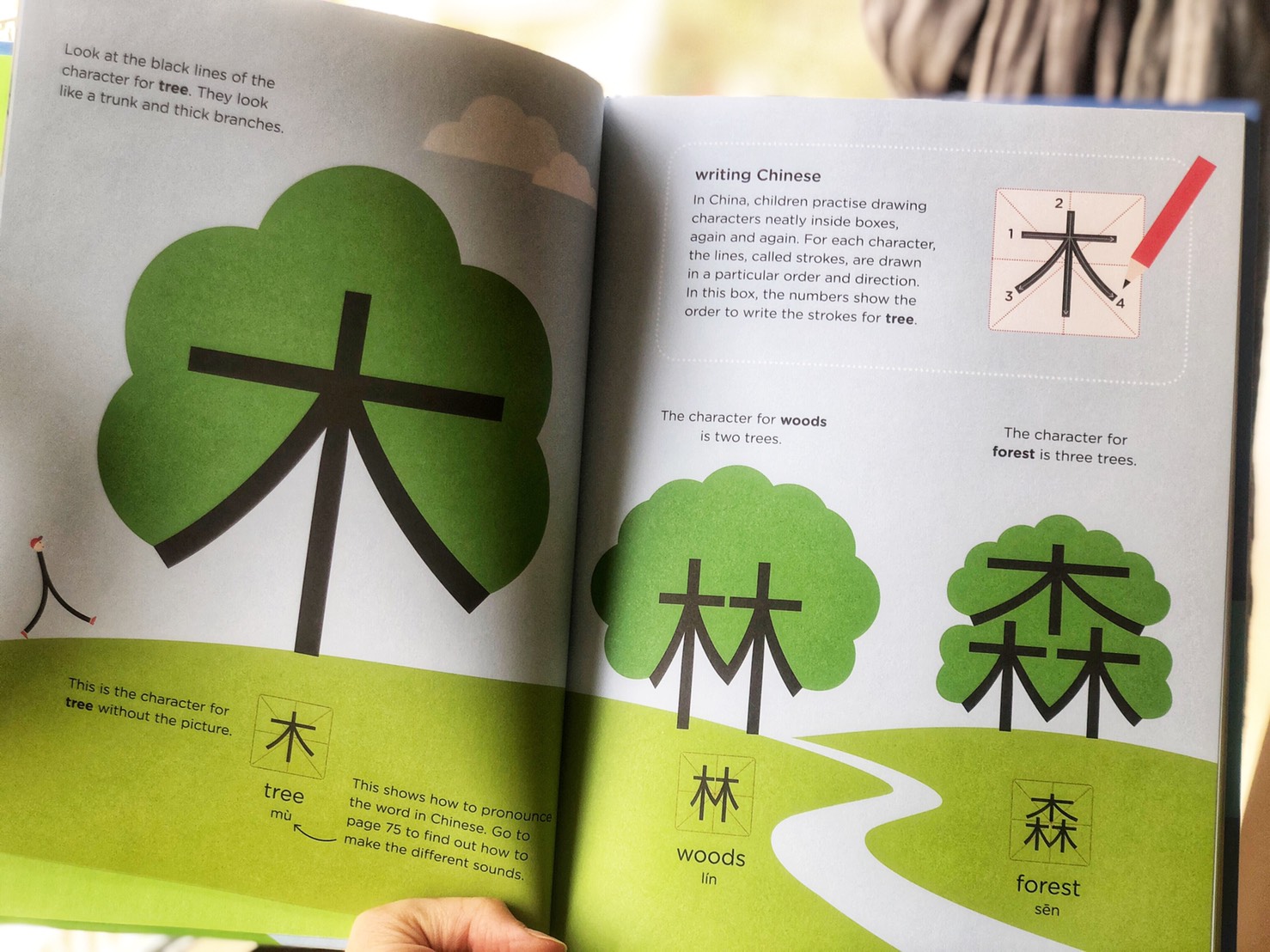 An alphabet consists of a number of letters, and each letter represents a different sound. English, Portuguese, and Spanish are alphabet forms. English has 26 letters, Spanish contains 27 letters, and the Portuguese alphabet has 23 letters. One of the common characteristics among them is they spell out how words should be pronounced. Each letter does not have any meaning by itself.

In a Chinese class of the primary school, students usually begin by reading the story out loud from textbooks together, and sometimes the teacher will select an individual student to read alone.

Homework will be assigned to practice each Character by writing it multiple times in a square notebook, and each square looks like a “田.” Eventually, the student needs to be able to write the characters as if in an invisible square with the correct order of strokes.

How Many Characters To Learn?

There are over 50,000 Chinese characters in total. An educated person will know about 8000 characters. However, around 2000-3000 characters are sufficient to read a newspaper or get through daily life.

Most Chinese students learn around 3500-4500 characters by the end of primary school (12-year-old), as for the middle and high school focus more on poetry, classical Chinese, literature comprehension, composition, and exposition writing.

90% of Brain Growth Happens Before Kindergarten

Ibuka Masaru (1986), the founder of Sony Corporation, is also a well-known Japanese educator promoting early childhood education through Sony Foundations. Sony Education Foundation discovered a significant difference between how a preschooler and an adult learn Chinese characters; An adult learns Chinese characters by analyzing the structures, the meaning, the strokes, Chinese radicals, or imagining them in Chinese pictograms. Adults see Chinese characters as a formation of an image built with a specific structure and formed by multiple strokes! On the other hand, preschoolers learn Chinese by memorizing it as an entire image, similar to a camera capturing the moment as a whole instead of breaking it down with logic.

All Chinese Characters are logogram, and they are categorized into several different types;

Roughly around 600 Chinese characters are pictograms (象形). They all look like image icons, generally among the oldest styles.

Pictograms are a good starting point as the “graph” already seems very similar to the character itself. Some of them are also Chinese Radical, which is critical knowledge to learn before continuing to learn more Chinese Characters.

It is challenging to adopt a traditional Taiwanese education methodology without an appropriate environment with my multicultural kids in Spain. If you are also facing the same situation, it is vital to be flexible and let go of the traditional teaching method. Instead, focus on tailoring the lessons and materials for your multicultural kid’s learning style and building a positive interaction. For example: If the animal group is a big topic at home, then the animal pictograph set is the “go-for” material.

For example, “口” means mouth in Chinese. You can point to your mouth as the character “口” looks like an open mouth.

Another example is 森林, which means forest in Chinese, and is composed of five woods (木). You can start counting the number of woods with your children. Things like this can engage and motivate your child to learn.

Flashcard and memory games learning for children is quite popular, and they are widely used in Taiwanese kindergartens to introduce new words. Both learning methods involved repetition and visual memory; memory games require effort to identify the similarities and differences. This process helps your little kids to learn the characters through problem-solving.

Each Chinese Character may represent multiple meanings in it. Preschoolers at this stage won’t be able to comprehend them individually. For example, 森林 (Forest in Chinese), as the word 森 can mean dark and forest; 林 can be woods or a last name! However, if you combine both characters to become a “meaningful noun,” toddlers can associate the vocabulary better.

In Taiwan, children are used to seeing Chinese characters everywhere! However, we will need to make an extra effort for our multilingual kids to expose to more Chinese characters after moving to Spain.  Chinese New Year has always been the most important holiday in my culture growing up, there are a few Chinese Characters such as 春 means Spring, or 吉 means Luck. These words appear at the festival quite frequently.

I love arts and crafts as they help in little kids’ physical and social development. Therefore, I often use this method to introduce a simple and essential character to my multilingual kids.

The length of each Chinese learning session should be designed according to each multicultural kid’s attention span. Be patient, mix new words, and review old words in every session.

Keep in mind that the most critical part of successful learning is to spark your child’s interest, practice regularly, and learn with guidance and structure 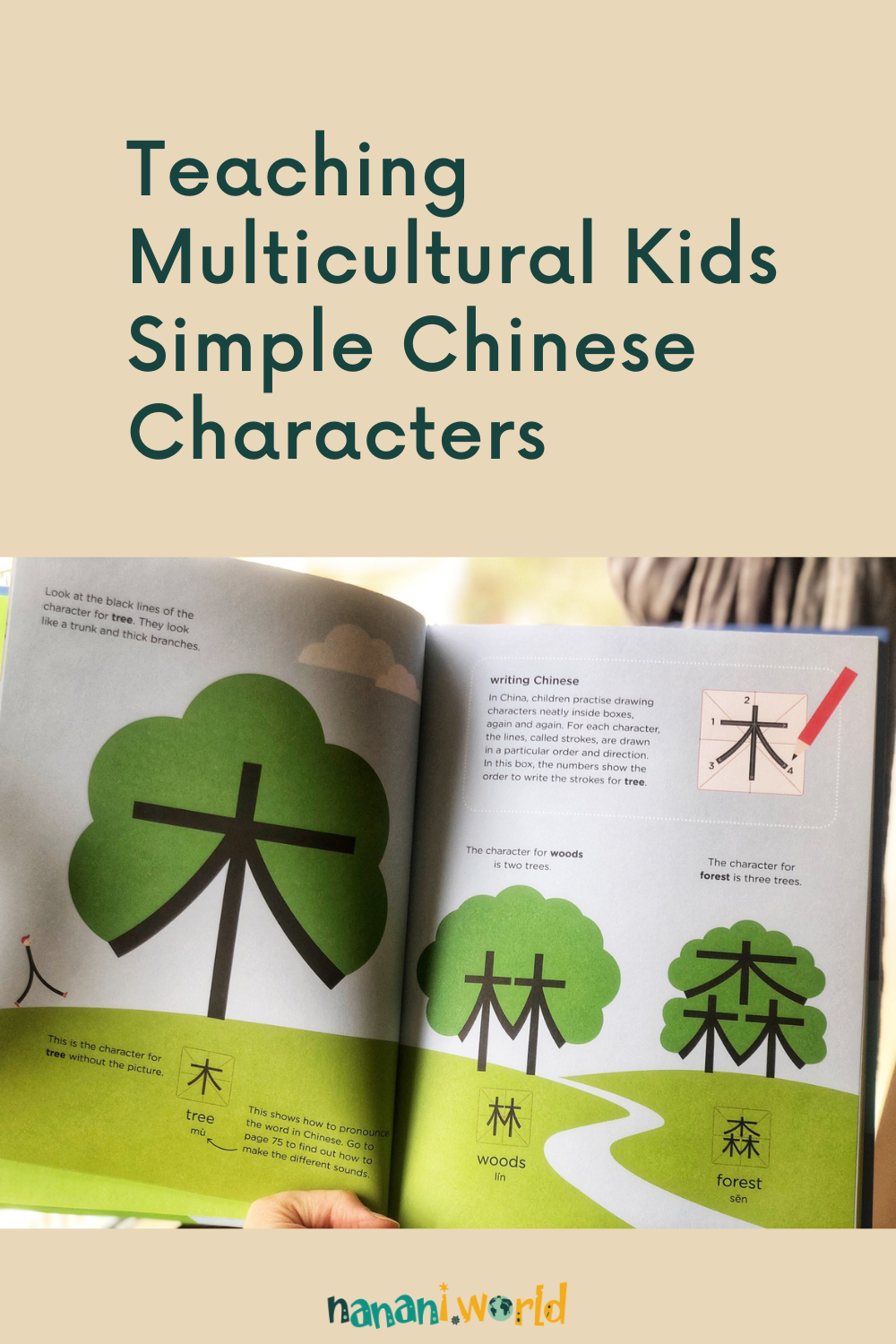